Caribbean Reef Sharks: Why Divers Seek these Sharks Out the Most 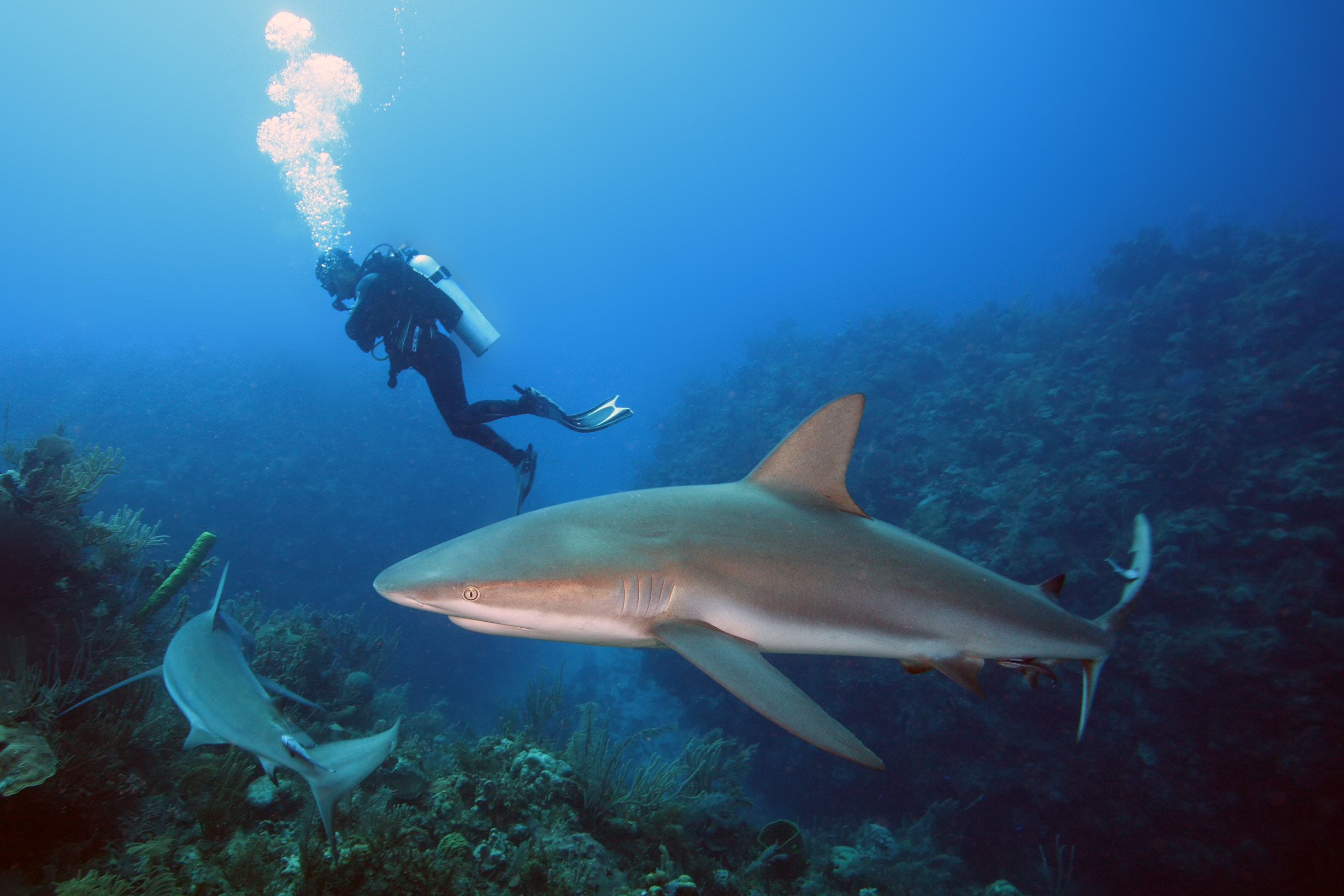 Diving or snorkeling in the Caribbean is utter bliss. The crystal-clear waters of the Caribbean Sea offer perfect conditions. With mild currents, warm waters, and high visibility, this glassy body of water offer divers and sea lovers an unforgettable experience. These conditions reach an entirely new and exciting level when divers explore the seafloor looking for vibrant encounters. Lobsters, colorful tropical fish, turtles, eels, barracudas, rays, and different types of sharks inhabit these tropical waters.
Amongst the shark species in the waters of the Caribbean Sea, you could meet hammerhead sharks, whale sharks, bull sharks, tiger sharks, lemon sharks, nurse sharks, and blacktip reef sharks. The most distinctive species of shark in the Caribbean is the Caribbean Reef Shark.

These rare creatures are not as well known as the Great White shark, but their size and behaviors make them a unique encounter. Divers seek them out due to their uncanny behaviors with humans. These animals do not attack unless provoked. Injury caused by any aquatic animal is usually the result of a defense mechanism of the animal, who feels threatened or cornered. To avoid incidents of any kind, we should respect the animals and interact passively with them.
These sharks interact in submissive ways towards humans.

Feeding Reef Sharks: Feed at your own risk.

Expert divers featured on the Discovery channel have been known to boldly feed the sharks large chunks of meat from their spears. We recommend you approach this at your own risk wearing a metal chain-link diving suit. FIU Marine Scientist Mark Bond and Guy Fieri were the brave divers to feed these voracious sharks. However, this came with fatal risk as a reef shark snapped at the cameraman's hand as he mistook the camera for food. Luckily he was in a chain metal suit.

Where can I find Caribbean Reef sharks?

Caribbean reef sharks still are a common encounter in these waters, and therefore quite popular in the diving and snorkeling world. They love swimming close to the bottom of the reef. They move around sandy bottoms, plateaus, and shallow coral patches. They enjoy the waters of the Western Atlantic Ocean, from the Florida Keys down to Brazil, and divers from all over the world come to meet them around the dive sites of Cuba, the Bahamas, Jamaica, Belize, Aruba, Bonaire, Honduras, and Turks and Caicos.

With their vigorous movement and streamlined body, Caribbean Reef sharks are the picture of beauty and grace. They are amongst the large sharks (measuring up to 3 meters/10 feet) found in this part of the world. They are still very peaceful and solitary animals. They generally hunt for dying preys, the weak specimens of their schools, acting like cleaners of the reef, and this is why they might get excited around speared fish, inquisitively swimming closer and closer to divers and fishing boats. They usually are resting still and almost entirely motionless on the sandy bottom or inside caves or overhangs. This behavior is unusual for other sharks and is a distinctive habit typical of this particular species.

Their preference for shallow waters and their lazy conduct allow many divers, even beginners, to meet them. On the other hand, this also exposes them to risks such as local and commercial fishing and shark finning. They are considered a near-threatened species on the World Conservation Union red list and are therefore vulnerable to extinction as their population is rapidly decreasing. Diving with Caribbean Reef sharks remains a unique experience. They are great photography and videography subjects and can be approached at close distance, making your dive one remember.

Written by By The Shore

View all posts by: By The Shore